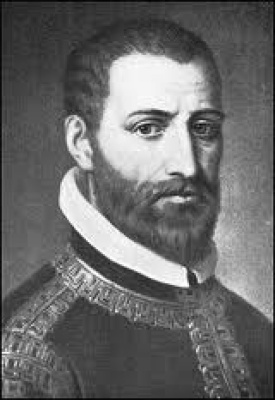 Music for the Office of Tenebrae for Holy Saturday. (members of the group)

2017 sees the 400th anniversary of the death of Sevillan composer Alonso Lobo.  We centre the course on his Lamentations for Holy Saturday, together with the Responsories for the Tenebrae office by Victoria, along with other works.

The week includes various activities in the programme:

Small groups or “consort” sessions. So that the students become accustomed to singing alone or with just one or two singers per part, within a small group that will work on other works of the period, under the direction of the teachers.

Students that come as pre-formed groups will also be able to work in their own group.

Formal and informal concerts. The group will perform the course repertoire in various settings, including some of the most important churches of Ávila and the region. 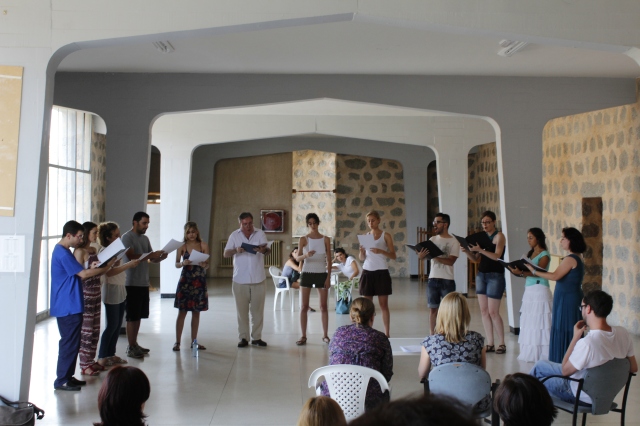 Example of a typical day:

Participants may arrive the previous evening.

The course will be held in English and Spanish, with translators on hand.

There will be a final concert on Saturday 29th July. For those who wish to stay for the night after the final concert, there will be review of the week on the morning of Sunday 30 July. In addition to the concert the course will have approximately 40 teaching hours. Students with at least 80% attendance will receive a diploma on completion of the course.

Scores will be sent in advance for prior study.

The course organisers reserve the right of admission to the course.

The course organisers reserve the right to change the programme in the case of force majeure.

The course fee is €270.  This fee includes the tuition cost and the scores in digital format. It does not include board and lodging. See below for more information in this respect.

The course will take place in Avila, at the Colegio Mayor Magistral Honcala, http://magistralhoncala.com    very close to the historic city centre. A former Seminary, now it is used as a university hall of residence, boasting all the facilities – teaching rooms, dining room, wifi throughout, recently refurbished sleeping areas, etc.

There is full board accommodation in the Hall for those course students who wish it. The grounds have fine gardens and shady areas also to enjoy in family if you would like to come accompanied. In addition, it is very close to the centre of the city, with the historic and cultural heritage that this city enjoys. Ávila boasts a wide variety of hotels and other accommodation available to participants.

The participants do not have to reserve the lodging in the residence directly, in the case of staying there. The organisation of the course already has a block booking of rooms to allocate to the students who would like them.The lodging is paid directly to the residence and the price for full board is 44 euros/ day per person in a single room, and 38.50 euros/ day per person in a double room.

. Sending of scores. Once an application has been accepted, scores will be sent digitally.

We frequently check the registrations. If we have not replied to your submission within 24 hours, please contact us at info@zenobiamusica.com 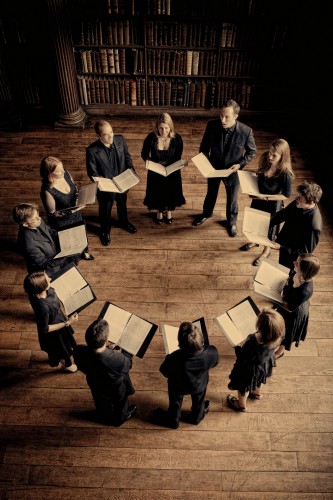 Stile Antico is firmly established as one of the world’s most accomplished and innovative vocal ensembles. Working without a conductor, its twelve members have thrilled audiences throughout Europe and North America with their fresh, vibrant and moving performances of Renaissance polyphony. Its bestselling recordings on the Harmonia Mundi label have earned accolades including the Gramophone Award for Early Music, the Diapason d’or de l’année, the Edison Klassiek Award and the Preis der deutschen Schallplattenkritik, and have twice received Grammy® nominations.

Based in London, Stile Antico has performed at many of the world’s most prestigious venues and festivals. The group enjoys a particularly close association with the Wigmore Hall, and has appeared at the BBC Proms, Buckingham Palace, the Amsterdam Concertgebouw, the Cité de la Musique, the Palais des Beaux-Arts and the Luxembourg Philharmonie. Stile Antico is frequently invited to perform at Europe’s leading festivals: highlights include the Lucerne Easter Festival, the Rheingau, Schleswig-Holstein and Wrocław Festivals and the Antwerp, Barcelona, Bruges, Granada, Utrecht and York Early Music Festivals.

Since making its critically acclaimed North American debut at the Boston Early Music Festival in 2009, Stile Antico has returned frequently to the US and Canada, performing regularly in Boston and in New York’s Music before 1800 and Miller Theatre series. Further appearances include Washington’s Library of Congress, the Chan Centre in Vancouver, the Quebec Festival of Sacred Music, at Duke, Michigan and Yale Universities, and in concert series across nineteen US states. In 2010 Stile Antico made its debut at the Cervantino festival in Mexico.

Stile Antico is renowned for the committed and expressive performances that arise from its uniquely collaborative style of working: its members rehearse and perform as chamber musicians, each contributing artistically to the musical results. The group is also noted for its intelligent programming, drawing out thematic connections between works to shine new light on Renaissance music. In addition to its core repertoire, Stile Antico has given world premieres of works by John McCabe and Huw Watkins, and recently juxtaposed the music of William Byrd and James MacMillan to great acclaim. Its diverse range of collaborations has included performances with viol consort Fretwork, pianist Marino Fomenti, orchestra B’Rock, and Sting.

Alongside its concert and recording work, Stile Antico is passionate about sharing its repertoire and working style with the widest possible audience, and its masterclasses and workshops are much in demand. The group regularly leads courses at the Dartington International Summer School, is often invited to work alongside ensembles at universities, festivals and early music forums, and is expanding its education work in schools under the auspices of the newly-created charitable Stile Antico Foundation.

Stile Antico marks its tenth anniversary with celebratory projects and performances throughout the 2015-6 season. Highlights include a birthday concert at the Wigmore Hall, where the group premieres a new work by Nico Muhly, landmark European appearances at the BBC Proms and the Antwerp, Bruges, and Utrecht Early Music Festivals, a collaboration with the Folger Ensemble in Washington DC and New York, and a bursary for young singers in association with the Stile Antico Foundation and the University of York. Harmonia Mundi honours this milestone with the launch of a tenth-anniversary compilation album, Sing with the Voice of Melody, the reissue of the group’s debut, Music for Compline, and the release of its tenth disc, A Wondrous Mystery.